Keep Up With the VIBE

By so doing, Wizkid became the first African to achieve the feat. The previous record was held by Congolese rapper and singer, Maitre Gims. He had seven million monthly listeners. 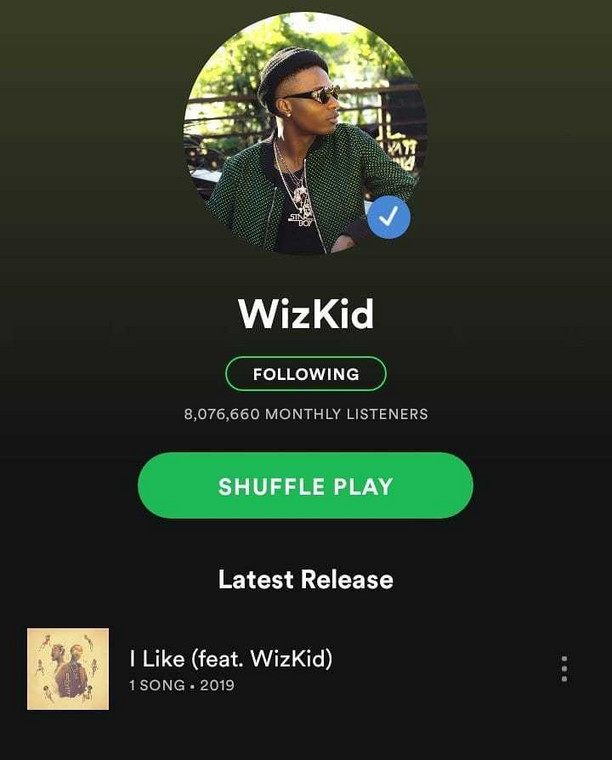 While he still hasn’t dropped an official single this year — he’s been teasing the Northboi-produced “Joro”, as well as his next body of work, Made In Lagos — his standout collabs with stars like GoldLink, Kojo Funds and Skepta have kept him well in the conversation.

This site uses Akismet to reduce spam. Learn how your comment data is processed.

Do NOT follow this link or you will be banned from the site!